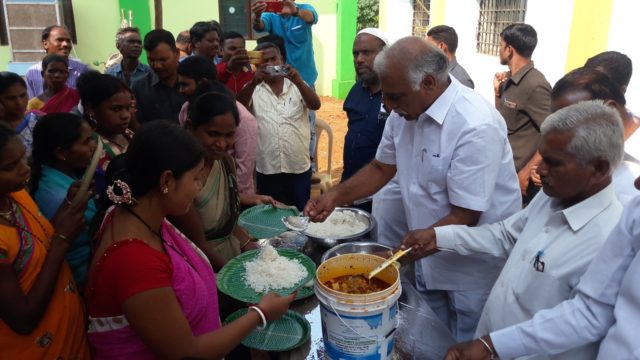 Nityannadanam is a term normally associated with temples. Though Annadanam does figure in politics as well, it is largely a celebratory one-time activity on the occasions of leaders’ birthdays and anniversaries. Governments also do not venture into the area as it is a herculean task.

Of late, a few South Indian governments have started opening subsidized canteens such as Anna canteen, Amma canteen, Annapurna canteen, etc,  for the benefit of the laborers in urban areas.

Tamil Nadu is the pioneer in this direction followed by the TRS government’s most successful attempt in Hyderabad where GHMC launched Annapurna canteens to serve the food at Rs 5 a plate.

Later TDP government in Andhra Pradesh also started it’s own brand NTR Anna Canteen at Amaravati in 2016, which was closed after YSRC assumed power in May 2019.

In between, inspired by the GHMC experiment, Mangalagri YSRC MLA Alla Ramakrishna Reddy launched a Rajanna Canteen, in May 2017, in Mangalagiri town where the food is served Rs 4 a plate.

So, Nityannadanam for hundreds of people outside the ambit of Temple or other religions organization is almost unheard of in Telangana, if not in India.

For the first time, an MLA from Telangana is launching a Nityannadanam program for labourers and the poor, who visit the town where food is either non-available or they can’t afford. 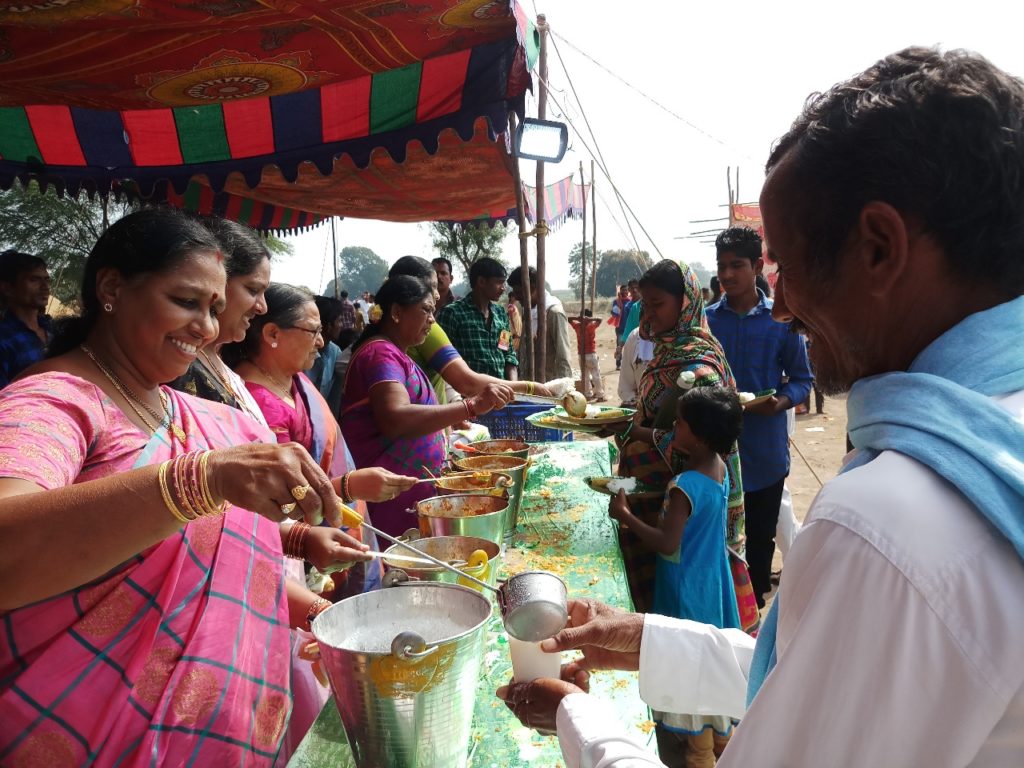 “Hundreds of labourers come to Sirpur town (Kumaram Bheem-Asifabad district) every day for livelihood. A few visit the town for healthcare. They come to the town from far off villages by bus or on foot. I found that they don’t take food until they get back home in the evening or night as they can’t afford it. They avoid the lunch which is bound to affect their health. I have been thinking of Nityannadanam to help these laborers and the poor for quite some time. Now COVID-19 compelled me to launch the program immediately,” said MLA Koneru Konappa, who is a typical ‘Annadata‘ in the region.

Konnapa’s father migrated to Sirpur areas from Vijayawada in 1955 as an agriculture farmer. “Our family struggled a lot to strike roots in a culturally alien land. We had passed through the pangs of hunger. I myself was a farm labourer and factory worker. I am unable to wriggle out of my past as a migrant laborer. So it is the labourers and their children that occupy most of my thoughts,” Konappa, a trade union leader turned politician, told trendingtelugunews.com about his origins. 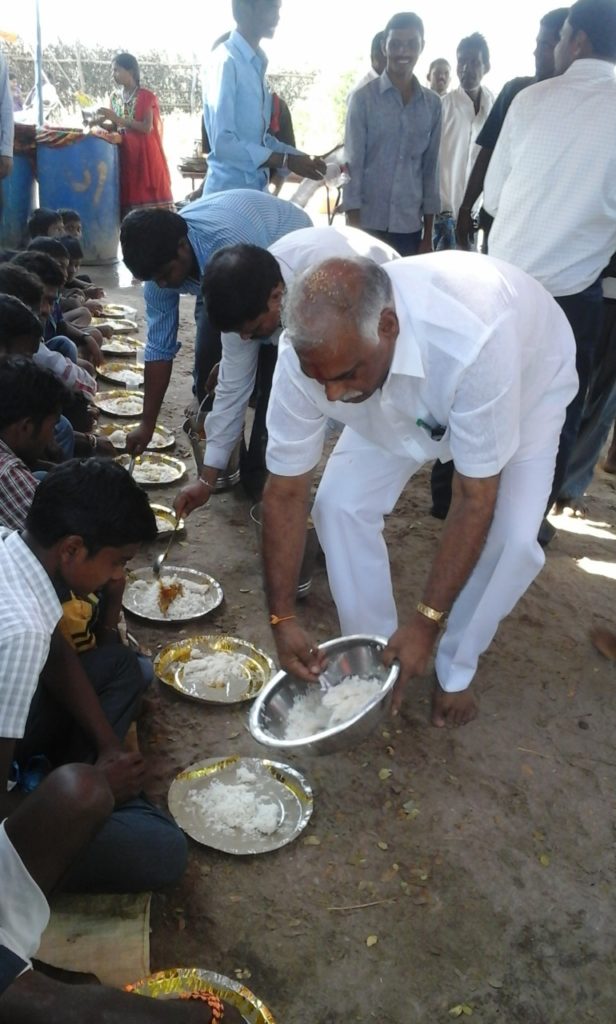 Konnappa has an elaborate master plan to feed the poor and the labourers. A decent meal for every family and a decent education for every child are the two main components of his master plan.

Recently he had even visited the Kalinga Institute of Odisha which runs the world’s largest kitchen, outside any religious organizations, for tribal students in the state. He was impressed by the way how an educational institute was serving amazingly hygienic and nutritious food, three times a day, for about 25,000 students.

He was not sure when he would start such a massive institute in his Sirpur (T) constituency but he is hopeful that the Nityannadanam, which is going to be launched on June 12 at 11.04 am would pave the path for his ultimate dream.

Konnappa, a three-time MLA, is altogether a different kettle of fish among the legislators. He is still a middle-class farmer and the head of an extended family. His three stints as an MLA have failed to convert him into a typical politician who develops interests in real estate, business, contracts, industry, settlements, etc. A constituency man, he never stays in Hyderabad beyond Assembly sessions.

Then, Where is the money coming for this philanthropy?

“My idea was to launch these poor feeding programs on a limited scale. However having been impressed by my activities, some friends have also chipped in. So, thanks to the generous friends, I could scale up my activities a bit,” Konappa said adding that it was his election promise as well in 2014 for the people of the constituency. In a way, I am fulfilling my election promise, he said.

This is not for the first time Konappa has planned a poor feeding program. Earlier, a decade ago the legislator has launched the distribution of sorghum gruel during summer when rural and tribal people are out of employment. Later he started a mid-day meal scheme for about 2500 students in five junior colleges in the constituency.

Curiously all the family members participate in the preparation of the food. He also organizes mass-weddings for tribal youth in the name of Koneru Trust. Such a program in 2019 had attracted 120 tribal couples and as many as 17,000 guests for the program in which all were offered sumptuous lunch.

As for the June 12 Nityannadanam program, the MLA said a permanent kitchen is planned near the town’s bus station for cooking the food for the Annadanam. As this was not ready, a makeshift kitchen has been set up at his residence which is being overseen by his wife Koneru Ramadevi. 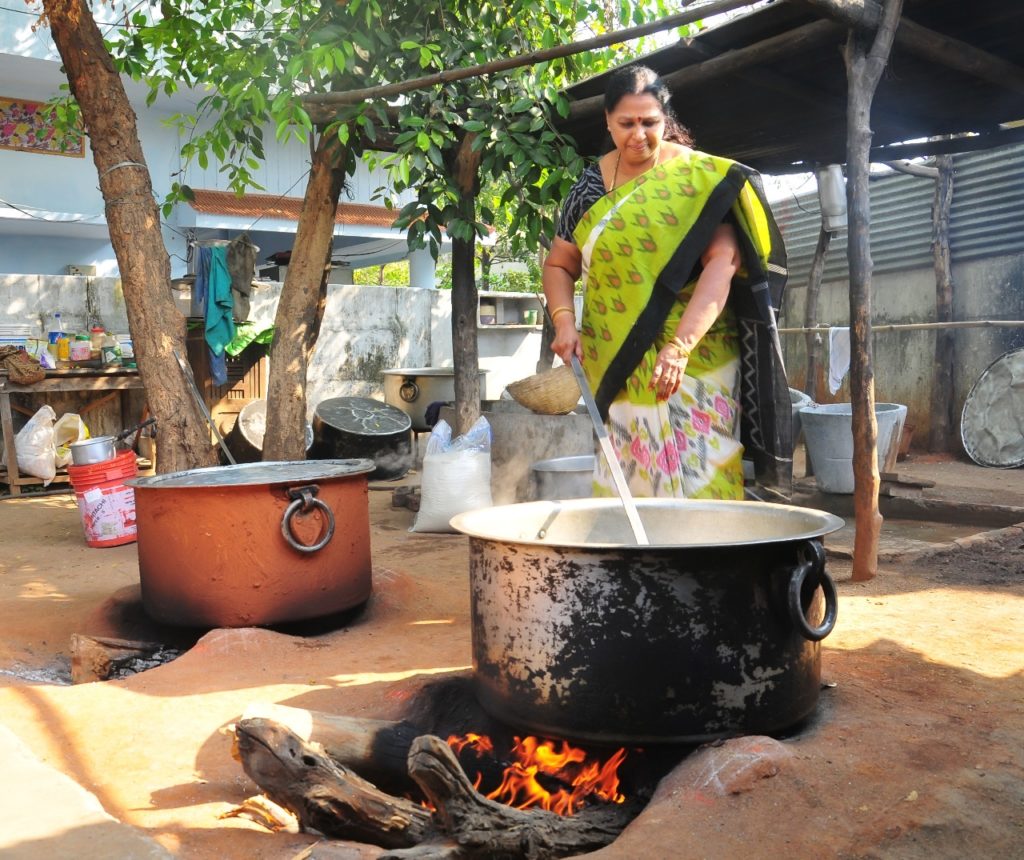 Stating that he was expecting as many as 700 people on the first day, Konappa said Forest and Environment minister Allola Indrakaran Reddy is the chief guest for the event.