It is reliably learned that chief minister YS Jaganmohan Reddy’s government is planning to set up the Executive Capital at Kapulauppada village near Visakhapatnam. The land in Survey Number 314(old) is reportedly earmarked for the purpose. The shifting of the Executive Capital from Amaravati to Visakhapatnam is being delayed because of the High Court intervention. However, the government which is in a hurry to relocate the capital is scouting for a suitable land so that the construction work could be carried out. The official are said to have zeroed in on S.No 314 (old) of Kapulauppada village.

But the environmentalists are opposed to the earmarking of the  Kapuluppada land as it falls in the purview of GO NO 627 dated 2-5-1978 which bars the diversion of this land to any other purpose.

The GO has been issued to safeguard the historical monuments under the provisions of AP Ancient and Historical Monuments, Archaeological Site and Remains Act,1960.

Citing the importance of the 1960 Act Dr EAS Saram, former secretary to GOI, said the diversion of precious land for the purpose of construction of the Executive Capital is illegal.

Writing a letter to Smt Nilam Sawhney, Chief Secretary, Govt of AP, Dr. EAS Sarma urged her against proceeding with the proposal. He also warned that if the government were to go ahead he would be constrained to seek judicial intervention once again.

Here is the full text of the letter Dr Sarma wrote to Smt Nilam Sawhney:

I understand that some officers of the Chief Minister’s Office (CMO) had recently visited the area and issued oral instructions to the local Revenue officers to select land in Chepala Thimmapuram, Chinna Mangamaripeta, Pedda Mangamaripeta for the above purpose.

As I have been repeatedly cautioning the State Govt, all these lands fall within S.No 314 (Old) of Kapulauppada village, which was notified vide GO No. 627 dated 2-5-1978 issued under the AP Ancient and Historical Monuments, Archaeological Sites and Remains Act, 1960. As such, any proposal to divert any part of this stretch of the land for the so-called Executive Capital will be violative of the provisions of the above-cited Act and it will, therefore, be clearly illegal.

The rationale of the above statutory notification is that the entire stretch of S.No 314 is potentially rich in archaeological evidence relating to the Buddhist era of the 3rd Century BC and any attempt to interfere with that stretch is likely to efface that evidence to the detriment of the public interest. In fact, according to the corresponding Central law and the notifications issued thereunder, another 300 metres of a buffer zone comprising of “protected”, “prohibited” and ‘regulated” zones should also be left untouched. The need for protecting the notified area in S.No 314 (old) had been justified by Lars Fogelin, an anthropologist who carried out extensive surface survey all around Thotlakonda excavated site and discovered more than 120 micro sites belonging to the Buddhist era outside the fenced area of the site and located within S.No 314. This evidence had been placed before the Hon’ble AP High Court.

Despite my several letters addressed time and again to the State Revenue Dept and the case law on the subject, the State govt officials, either out of ignorance or for some other questionable reason, seem to be persistent in diverting this land for construction activity, in violation of the Central and the State laws in place for the conservation of the ancient archaeological sites.

I would strongly urge upon you not to proceed with the above proposal, failing which some of us will be constrained to seek judicial intervention once again.

Those officers who have no respect for the law of the land and who are prepared to violate the same on narrow, short-sighted considerations will be subjecting the government to avoidable litigation and hurt the interests of the taxpayer. Apparently, they have little sensitivity to what is good for the people in the long run.

Once again, I appeal to the State not to go ahead with the proposal to interfere with the land in S.No 314 (old) of Kapulauppada village. 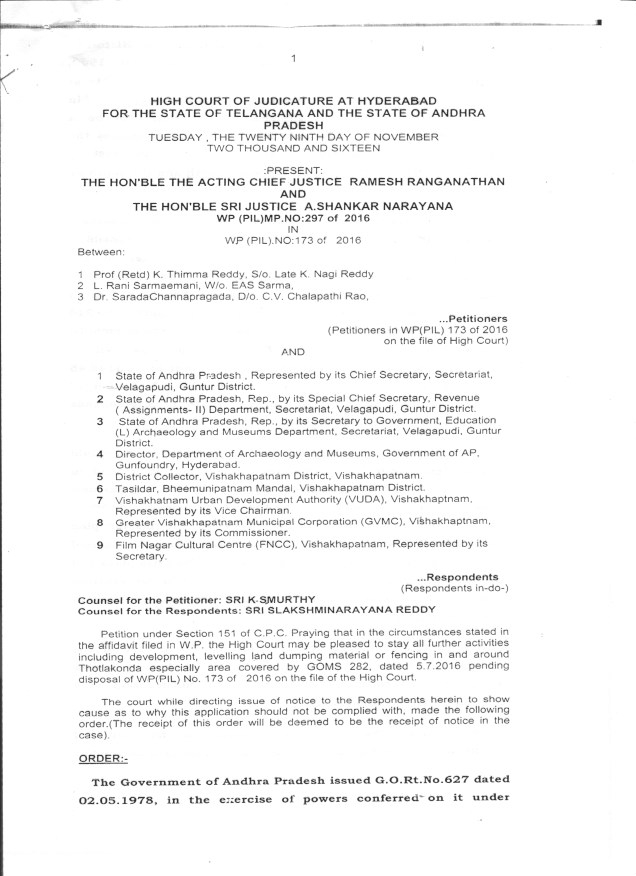 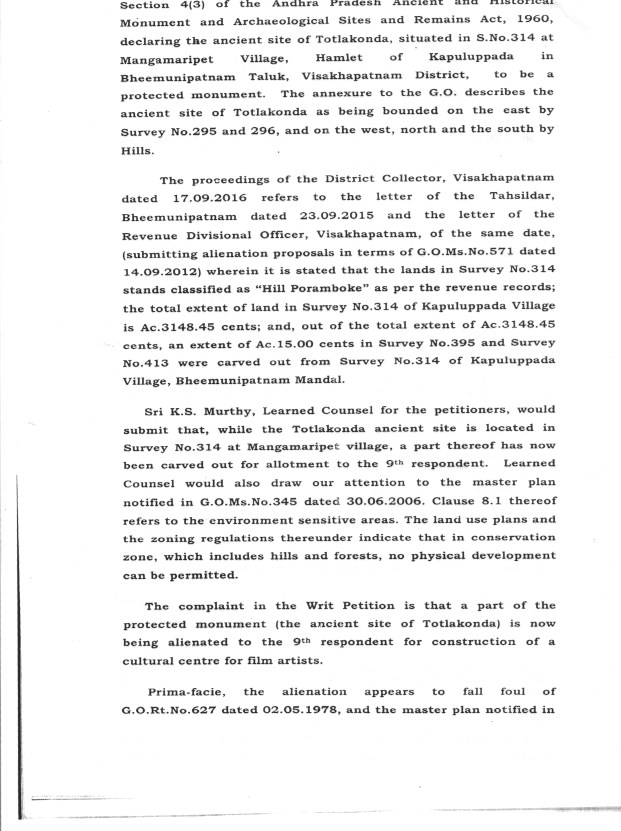 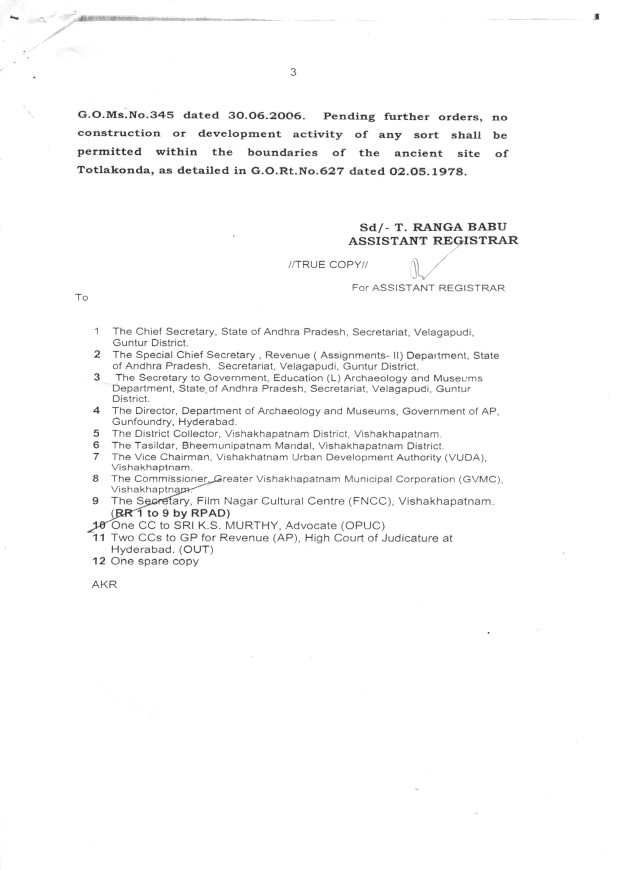