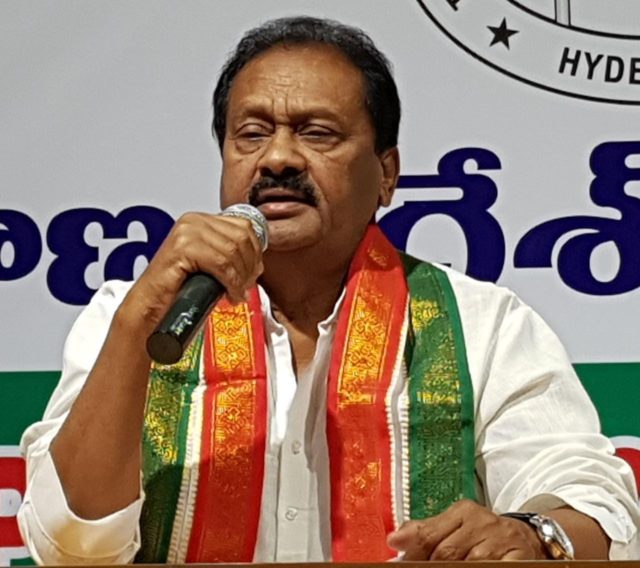 Hyderabad, February 23: Former Minister & ex-Leader of Opposition in Telangana Legislative Council Mohammed Ali Shabbir has accused Home Minister Mahmood Ali of misleading the Muslim and Hindu communities on the issue of re-construction of two mosques and a temple in the Secretariat premises which were illegally demolished in July 2020 by the TRS Government.

“Three ministers and a few other leaders of TRS held an informal meeting with the select representatives of a few religious organizations. They did not even issue a formal statement although they apparently forced a few leaders to give a statement that the foundation stone would be laid on February 26,” he said in a media statement on Tuesday.

“It was Chief Minister K. Chandrashekhar Rao who has been lying on the issue since the demolition of three places of worship on the intervening night of 7-8th July 2020, along with other structures in the Old Secretariat premises. In the first statement issued on 10th July, 2020, he claimed that minor damages had occurred to two mosques and a temple. He also directed the police department not to book an FIR as the mosques were Wakf properties and they were demolished illegally. But three days later, the State Government confessed before the High Court that all the structures, including the places of worship, in the Secretariat have been razed to the ground. CM KCR then gave an assurance to a delegation of religious leaders that the demolished mosques and temple would be reconstructed at the same place within a month. He repeated the same statement on the floor of the Assembly that the foundation stone would be laid in the first week of October 2020 after the end of the Assembly session. He cheated both, the Muslims and Hindus, by making false promises and dragged the issue to facilitate the construction of a new structure,” he said.

Shabbir Ali said that the Home Minister’s statement was only aimed at pacifying the Muslim and Hindu communities in view of forthcoming MLC elections and Nagarjuna Sagar by-polls.

Immediately after the MLC elections, we will have by-elections for the Nagarjuna Sagar Assembly constituency. It will be followed by elections for Khammam and Warangal Municipal Corporations. Therefore, Telangana will witness the Model Code of Conduct for the next 5-6 months. During this period, the construction of the new Secretariat building would be completed and TRS Govt would simply ask people to forget the mosques and temples as they did in the case of Ek Khana Masjid and other places, Shabbir added.

He also advised Mahmood Ali not to mislead the Muslims only to please KCR and he should keep ‘Akhirah’ in mind before making false statements relating to mosques. (eom).