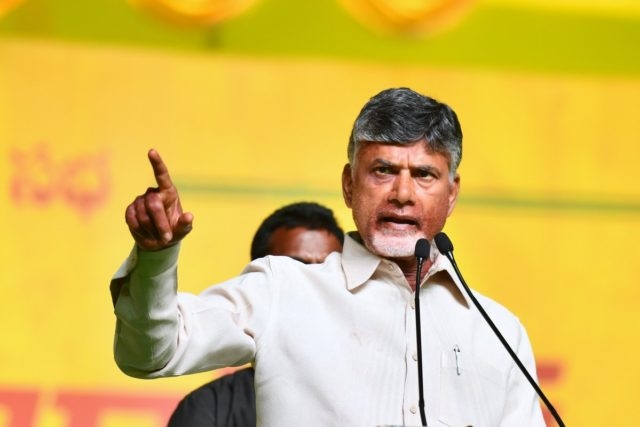 The former chief minister and TDP Supremo Nara Chandrababu Naidu is arriving in Kuppam today on a three-day visit.

In fact,  Naidu is visiting the constituency after many years, and for the first time after the 2019  Assembly election.

Before the 2019  election, his wife Bhuvaneswari visited Kuppam to enthuse the party workers. She urged party leaders to ensure Naidu’s victory with a record margin. But, things went awry. Naidu did win the elections but with a greatly reduced margin.

Now, the panchayat elections have dealt another blow giving an impression that Naidu’s fortress Kuppam is falling apart. Hence the emergency visit. 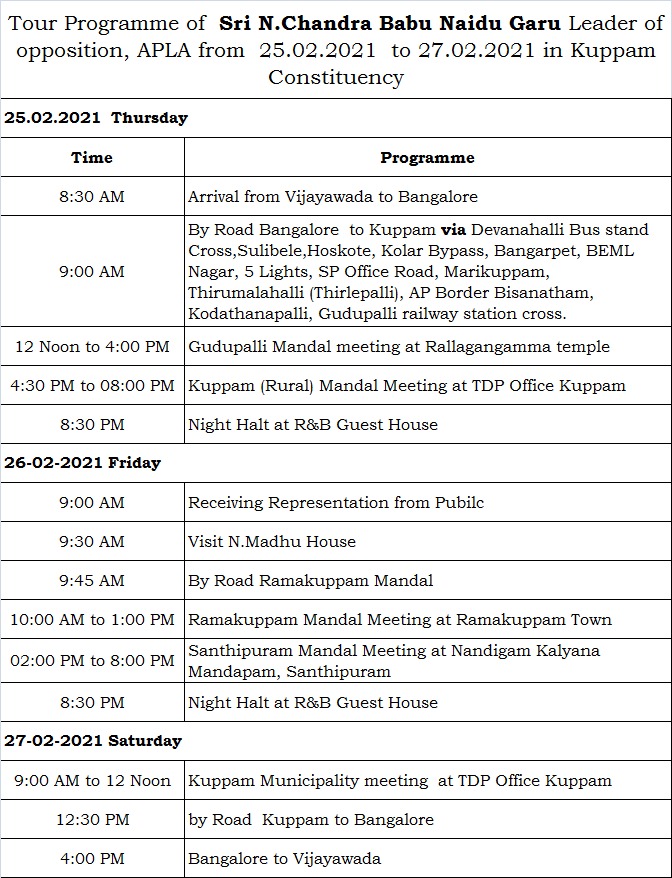 Barely three days after the defeat of Telugu Desam-backed candidates in the Kuppam  Assembly constituency,  the former chief minister is planning to meet his party workers across the constituency to reassure them that he has not left them in the lurch.

In the three days, he will address meetings at three or four plays. Naidu seems to have realized that it was his mismanagement that was the reason for the erosion of the TDP base in his constituency. So in a knee-jerk reaction, he has planned a three-day tour with a two-night halt at Kuppam.

He is coming from Bengaluru by road via Kodathanapalli, Gudupalli. He is scheduled to address the first meeting of party workers at Gudupalli Ramalinga Temple. Then he proceeds to the Kuppam TDP office to address another meeting. He will stay put at Kuppam for the night.

And on February 26, he will receive representations from the public before heading to  Ramkuppam where he will address another TDP functionaries’ meeting followed by another meeting at Shantipuram.

On February 27, Naidu will address the Kuppam Municipality level TDP workers’ meet and leave for Hyderabad via Bengaluru.

Naidu has been representing the constituency since 1989. But, he could not retain his hold in the villages in the panchayat elections. YSR Congress has successfully weaned TDP supporters from Naidu during his absence.

As a result, in the Kuppam Assembly segment, the ruling YSR Congress has walked away with 74 panchayats out of 89.  Telugu Desam Party (TDP) ended up as a poor second with just 14 Panchayats, an unbelievable decline in Naidu’s influence in a constituency that was once touted as his fortress.

After the 2019 election debacle, Naidu left the constituency in the lurch. The Corona lockdown further alienated the constituency from the TDP boss. The total absence of Naidu, and the scare created by the thumping-majority of YSRC in general elections, was thoroughly exploited by the army of chief minister Jagan.

For the past two years, neither Naidu nor his son Lokesh, who is also the party general secretary, cared to visit the constituency.  Lokesh’s last visit was in June 2018.

Only time will tell if the TDP president’s visit is too late to regain his hold on the constituency.