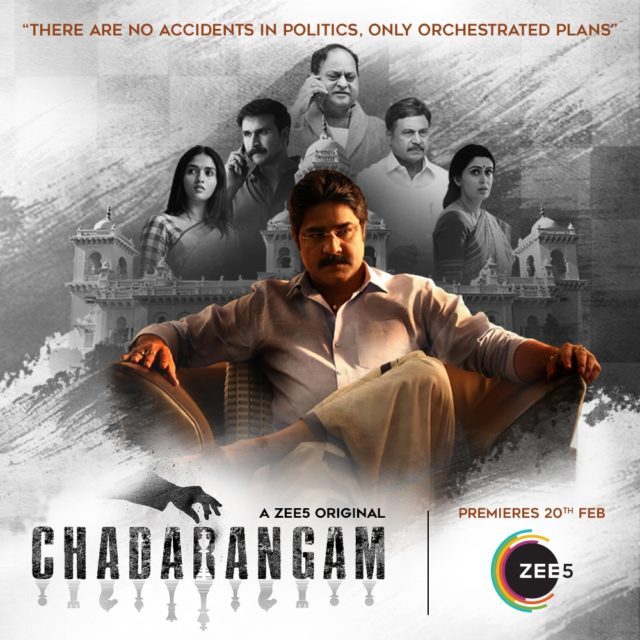 Aparna Acharekar, Programming Head, ZEE5 India said, “We have received a fantastic response from our Telugu audiences and marking the auspicious occasion on Sankranti we wanted to announce our Telugu line-up for the first half of 2020. At ZEE5, we are diligently working towards strengthening our Telugu library and are associating with talented writers, directors and actors to ensure we curate a great experience for our viewers.”

Chadarangam is an intense political drama which showcases how an actor turns politician to serve his people. The story highlights the layers of manipulations involved and how greed supersedes the goal of serving his own people. Produced by Vishnu Manchu under 24 frames factory banner, directed by Raj Anantha and starring Srikanth, Sunaina, Nagineedu –  Chadarangam will premiere on ZEE5 from 20th of February 2020.

LOSER is a sports drama which spans three stories in different timelines. It is a well stitched narrative which highlights the life an aspiring cricketer, badminton player, rifle shooter and their struggles. Each of them is drawn to a sport but because of politics and difficult situations, they face a setback in their career. Produced by Annapurna Studios, directed by Abhilash Reddy the 10-episode series has a gripping narrative. Starring Priyadarshi, Shayaji Shinde, Sashank, Kalpika and the series is slated to release on ZEE5 in March.

Expiry Date, a bilingual series in Telugu and Hindi, is a crime thriller about a loving husband who mercilessly kills his wife for cheating on him. Produced by Sharrath Marar under Northstar Entertainment banner, directed by Shankar Marthand and starring Sneha Ullal, Madhu Shalini, Tony Luke and Ali Reza in pivotal roles the series is scheduled to release on ZEE5 in June.

Amrutham Dvitheeyam is a sequel of one of the most popular shows on Telugu Television– AMRUTHAM which aired from 2001 – 2007. The series is set to bring back most of the original star cast namely Harsha Vardhan, Sivannarayana, Vasu Inturi, and Joining the cast are L.B Sriram and Sathya Krishna will premiere as a fortnightly. Written by Gangaraju Gunnam, directed by Sandeep Gunnam and produced by them together under Lightbox Media banner, the series will premiere on ZEE5 on UGADI, 25th March 2020.