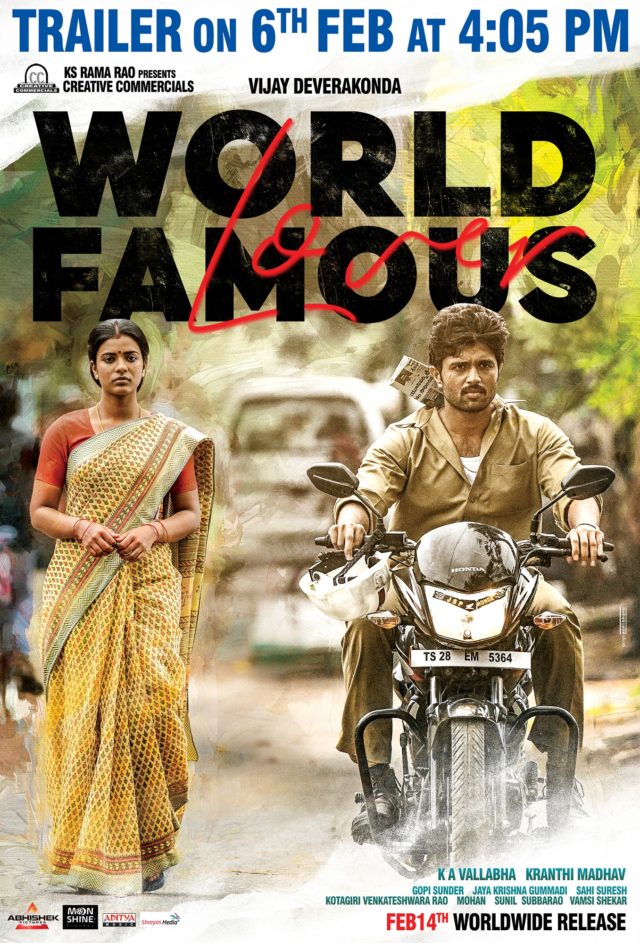 Youth sensation Vijay Deverakonda will next be seen in World Famous Lover which is all set for grand release on February 14th as Valentine’s Day special. Aishwarya Rajesh, Raashi Khanna, Catherine Tresa and Izabelle Leite are the heroines in the film directed by Kranthi Madhav and produced by KA Vallabha while KS Rama Rao presents it.

World Famous Lover Trailer date has been locked now. The makers will release the theatrical trailer of the film on February 6th at 4:05 PM, nearly a week days ahead of the theatrical release. In the announcement poster, Vijay Deverakonda and Aishwarya are seen dismayed.