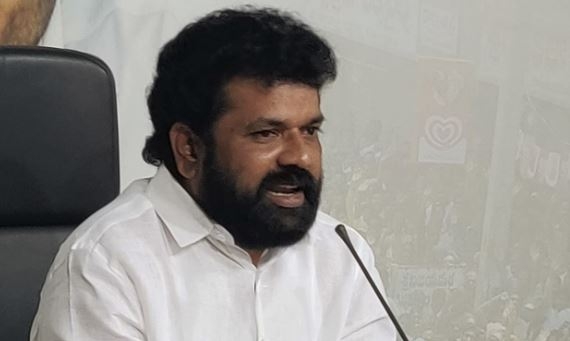 Addressing a press conference here on Wednesday, he said that Raghurama Krishnam Raju had indulged in violation of party discipline under the Tenth Schedule of the Constitution of India and stern action has to be taken against him to set an example for avoiding such instances in the future. He said that the party shall suspend him in case the Speaker fails to take action against him.

Further, MP Suresh said that Raghurama has no moral right to speak on Chief Minister YS Jagan Mohan Reddy’s cases, as there are CBI and ACB cases against him, and stated that he had approached TDP and BJP seeking respite from those cases. He said that Raghurama had defrauded the banks of thousands of crores and no one can save Raghurama from getting jailed, which is why he was hiding in Delhi without even visiting his own constituency and unnecessarily blaming the State government citing conspiracy to attack him.

Responding to the comments made by Raju on the Chief Minister, he said that the Chief Minister is being treated as Lord Rama, which is why people blessed him and gave a tremendous mandate in recent local body elections. MP Suresh challenged him to resign taking moral responsibility and come back to his constituency. He also said that a section of the media published articles on Raghurama’s petition had ignored the fact that the petition was dismissed in the evening.