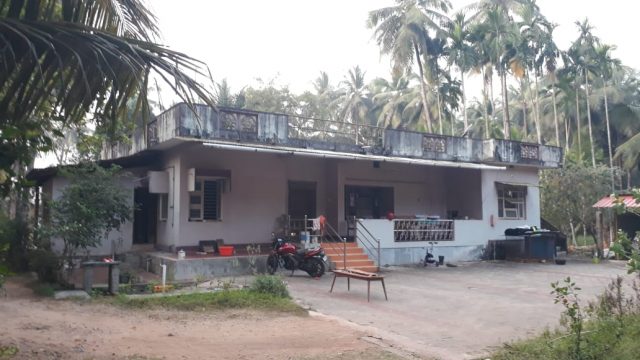 KC Kalkura recalls how his family had migrated to Kurnool from Udupi to set up the first Udupi Brahmin Hotel in the Kurnool, Andhra Pradesh.

We cannot think of a world without migration. South  Kanara (S.K.)  Dist of Madras Province on the west coast,  now bifurcated into Dakshina Kannada and Udupi in coastal Karnataka is known as Parasurama Kshethra.

Predominantly rainfed agriculture-oriented, paddy has been the main crop. Yield has been hardly 15 quintals per acre. Though there are many small perennial rivers, they are not useful for irrigation, as backwaters of the Arabian sea pollute them.

Farmers used to grow pulses from moisture and vegetables during summer through manually operated lift irrigation from ponds. As such the majority of the people in the Dist were below the poverty line (BPL) and lower middle class. Hence migration was a compulsion.

Udupi Sree Krishna Mutt in Udupi has been serving free food for the pilgrims for centuries. Trained cooks from the mutt, known as Udupiwalas have been famous in the hotel industry. From the beginning of the 20th Century, they have been entrepreneurs, and thus Udupi Hotels have gained popularity.

Panoramic Kurady , 22 km from Udupi on the right, on northern bank of the perennial River Seetha is a hamlet in Hanehalli village, near the historic Barkur in Udupi Taluk and Dist.
Till about the fag end of the 19th Century, the Southern part of the hamlet with coconut gardens, paddy fields, and woods, in an extent of about 500 acres, was owned by the Kalkura family.
There is no record of the partition that took place in the middle of the 19th Century.  In the byline, my grandfather, Parameswara Kalkura, and his brother Seetharama Kalkura were experts in growing sugarcane and preparing jaggery.
In fact, my grandfather succumbed to burn injuries when he fell into the boiling jaggery vessel in 1923. In the early 1920s, they started a school in Kurady. My father, Narayana Kalkura, and uncle Vasudeva Kalkura, after passing their Lower Secondary examinations of Mysore State became qualified teachers in 1928. One of my uncles Keshava Kalkura pursued higher studies at St Aloysius High School Mangalore and by 1935 completed  F.A (Fellow of Arts) of the University of Madras from St Aloysius College, Mangalore.  In 1935 my uncles Vasudeva Kalkura and Keshava Kalkura started a High School SHANTHINIKETHANA, in Kurady with the written permission from Ravindranatha Tagore.  As ill-luck would have it, it was closed by 1946.  By that time there were only three colleges in the Dist and about 20 High schools. Had Shanthinikethana been continued, it would have prospered as an educational hub like the renowned Manipal.
There was a partition in 1933 between the two branches and again in 1942 between my father Narayana Kalakura and his brothers Krishnayya Kalkua and Shivarama Kalakura.  By the time my father, Narayanan Kalkura died in Nov.1944 our branch in the family-owned about 20 acres in all.  My elder sister Kaveramma, (1924) was married to one Manjunatha Bhatta in 1936. He was already working in Durga Bhavan, Anantapur.
It was owned by one Kedalaya of Haryadi village in Kundapura Taluk of S.K. How and when Kedalaya landed in Anantapur is not known.
After she attained puberty in 1939, my sister joined her husband in 1940. As an expert cook, Bhatta was drawing a fat salary of Rs.15/- p.m.  The proprietor of Udupi Brahmins’ Hotel, Kurnool, Padmanabha Acharya sent feelers to my brother-in-law, offering Rs.20./- p.m. and free accommodation.
With electricity and running water attached to bath facilities, it was one of the most luxurious hotels in the whole of Rayalaseema. National leaders like Rajendra Prasad, Rajaji, Prakasam, and Pattabhi Seetharamayya used to stay there.
As the family at Kurady was unable to meet both ends my elder brothers Ramachandra Kalkura and Govinda Kalkura went to Davanagere and Savanur (a Taluk center in Dharwad dist) to work in hotels (Child laborers) on a salary of Rs. 8/- and Rs.6/- respectively.
My father died in 1944 at the age of 46. I was just four years old. (20-6-1940) I have reasonably good memories of the tragedy. The family was shattered and almost in penury. In spite of munificent charities from some noble people of the village, like Smt Abbakka Shedthi and Narasimha Bhatta, survival was at stake. So, we were compelled to migrate to the far off Kunrool town, in search of livelihood. (to be concluded)