I write this letter to express my anguish as a concerned citizen of north Andhra Pradesh at the decision taken by the Central Government to privatise Rashtriya Ispat Nigam Ltd. (RINL)’s steel plant at Visakhapatnam by divesting 100% of its equity to private agencies.

From a statement made by the Union Minister for Steel recently in the Parliament, it also appears that 50% of the equity will be divested to the South Korean company, POSCO.

We feel that such a decision is neither prudent from the public interest point of view nor in tune with the sentiments of the people in these parts of Andhra Pradesh.

In this connection, several concerned citizens of Visakhapatnam, including the undersigned, had addressed you a letter on 9-2-2021 expressing the people’s concerns. I have enclosed a copy of that letter for your ready reference. 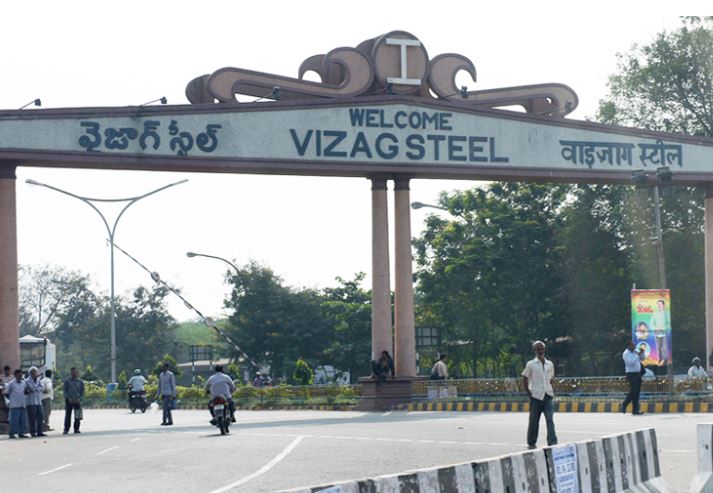 More than half a century ago, there was a massive people’s movement here that resulted in the Central government setting up the steel plant near Visakhapatnam. The governments of the State and the Centre had initially tried to suppress that movement but it was the will of the people that ultimately prevailed. Several people who took part in that movement had lost their lives. The Lok Sabha debates of November/ December, 1966 show how seven distinguished AP Members of the Parliament tendered their resignations when the Centre failed to respond to the public appeal for setting up a steel plant near the city.

In due course, the Centre realised that the public sentiment was too strong to be ignored and made a statement in the Parliament in 1970 conveying its decision to set up a steel plant near Visakhapatnam. The then Prime Minister laid the foundation stone in 1971.

Around 22,372 acres of fertile agricultural land were acquired forcibly for the steel plant in the name of a “public purpose”, which under the provisions of the land acquisition legislation as existed at that time defined as “land required for a corporation owned by the government. In other words, when the local farmers were forced to part with their lands, they were assured that the land in question was needed for a public sector undertaking (PSU), that would be bound by the social policies of the government in the matter of recruitment of its employees and that it would create social assets all around for the larger benefit of the people. If the PSU were to be privatised now, it would not only violate the statutory provisions under which such a large extent of land was acquired at that time but also constitute a breach of the public trust.

At today’s market prices, the value of the land left with RINL would be in excess of Rs 150,000 crores. When the State government handed over around 2000 acres of such valuable land to a private port some years ago at a nominal price, there was widespread public anger against that decision. The proposal now to hand over RINL to private companies including a foreign company would therefore be highly inappropriate.

There are moves, I understand, by some persons in authority to suggest “monetisation” of land assets of RINL to raise funds for its revival. This should not be accepted as the sale of such acquired land for real estate activity violates the land acquisition law and land being a scarce resource, its sale will hurt the public interest. Instead of allotting a captive iron ore mine of good quality for RINL, such short-term solutions are harmful to the public.

RINL is a Navaratna Company. Had the Centre allotted it a captive iron ore of good quality, it would have been able to compete in the domestic and the global markets and establish itself as a leader among the steel producers.

The National Steel Policy (NSP) 2017 states (Para 4.15.4) that it is the intention of the government that “the CPSEs will also be encouraged to take a leadership role in the development of steel industry & the community, adopt a more inclusive business model, increase their CSR spends, invest in R&D for indigenous design & engineering and product development for replacement of import. Further, CPSEs will also be encouraged to take lead in promoting steel usage through developing steel-intensive structural designs for roads, railways, bridges, crash barriers etc. with proper technical consultations and setting up of service centres for more customized and decentralized product delivery”. By deciding to privatise RINL, your government will be making a mockery of that objective.

Instead of encouraging RINL to attain excellence as a Navaratna company, the government seems to be taking several measures that will weaken it financially. For example, in the recent Budget, the government has reduced the duty on imported steel that will adversely affect RINL’s market share. This runs counter to one of the objectives, i.e. reducing dependence on imports, as stated in the NSP.

Despite the externally imposed constraints, RINL has made significant contributions to the economy. In addition to producing 7.3 million tonnes of steel annually, RINL is contributing around Rs 42,000 crores of tax revenues to the Centre and the States. RINL employs more than 17,000 employees and supports a large number of auxiliary industries all around, providing livelihoods to lakhs of the local people. The lives of this region are closely linked to RINL’s activities. No wonder that “Vizag Steel” has become a mascot of development for the people of north AP.

The technical expertise and experience of RINL’s personnel can compete with the best in the world. One should therefore consider this PSU as an invaluable national asset built assiduously over the last five decades. Instead of nurturing that asset, the proposed divestment is likely to fritter it away.

The people of Vizag are well aware of what private management means for the development of the region. Once RINL slips into the hands of a private company, it will no longer comply with the social policies for the well-being of the SCs/STs/OBCs that are applicable to the PSUs. Moreover, many private companies stand heavily indebted to the PSU banks and if one of them succeeds in taking over the management of RINL, it will most likely bleed the PSU banks further as well as RINL’s assets.

Within the heart of the city lies a highly mismanaged zinc smelter unit of Hindustan Zinc Ltd. (HZL) divested to a private company two decades ago. The unit has remained shut without any adequate compensation paid by the company to those thrown out of employment and those whose health was adversely affected due to pollution. Instead of reviving the unit and containing its pollution, its private management is now trying to divert around 365 acres of public land given in the past to the erstwhile PSU, HZL for real estate business. Evidently, lands forcibly acquired under the statute for a PSU cannot be diverted for any other use. Hopefully, the Centre will preempt the private company’s machinations.

A South Korean company, LG Polymers had a chemical unit within the outskirts of the city. A year ago, as a result of gross negligence of the management, there was a ghastly accident that spewed toxic fumes upto 5-10km all around over a densely populated area, leading to loss of life and grievous injuries to people.

To say that a private company is going to run RINL more efficiently is therefore a myth that is well understood by the people here.

What surprises the people of Vizag is the unilateral manner in which the Centre has decided on divestment of RINL, without consulting the State government, without taking the employees into confidence and without eliciting the views of the people’s representatives. Since RINL came into existence only after the Central government made a formal statement the Parliament and since there were several rounds of discussion in the Parliament then on setting up the PSU, I earnestly believe that the Centre has an obligation to take the Parliament into confidence before rushing into divesting its equity in RINL to a private/ foreign agency. With the Foreign Direct Investment restrictions relaxed significantly during the last few years, if it becomes a private company, it is possible that RINL’s management will slip into the hands of a foreign agency whose interests may not necessarily be consistent with the national interest.

Considering that it was the State government that acquired agricultural land for RINL from the local farmers, that too, on the assumption that the land was exclusively for a PSU owned by the government, the Centre should necessarily consult the State govt before deciding on privatisation of RINL. Also, since more than 17,000 employees are on RINL’s payrolls and lakhs of people depend on its activities, in my view, the Legislative Assembly of the State should have an opportunity to consider the proposal before the Centre can take a decision. Similarly, the employees whose future depends on such a far-reaching decision need to be taken into confidence fully.

What distresses me most is the summary manner in which the Centre is going ahead with the “sale” of RINL. Apparently, an inter-Ministerial Committee of Secretaries has been formed to work out a roadmap for RINL’s divestment, without providing any representation to the State. This is not appropriate.

Against the above background, I earnestly appeal to the Centre to be wary of divestment of RINL No decision should be taken without consulting the State, the State legislature, the employees and the public of Vizag at large.

This is the least that we expect from the Centre. In a democratic set up like ours, the Centre should not only adopt participative decision-making methods but also respect the federal relationship between the Centre and the States.

I am sure that you will appreciate the sentiments of the people of north Andhra and give weight to the above considerations.