Two rules apply to politics and life. 150 years ago, famous French economist Proudhon said that “the future is totally unpredictable and only the unexpected happens “. More recently, about  50 years ago, famous British prime minister Harold Wilson said:” A  week is a long time in politics  “. Both these rules apply fully to the Maharashtra crisis which started on March 15, 2021.

BJP suffered a big political setback in November 2019, when it failed to form a government with its ally Shiv Sena. Instead, Shiv Sena ditched BJP and formed a government with Congress and Sharad Pawar. Worse, BJP’s biggest rivals Sharad Pawar and  Congress captured the richest and the second biggest a very big State. With Maharashtra in Sharad  Pawar’s hands, it is very difficult for BJP to face the 2024 parliament elections.

The BJP has tried every trick in the book to form a government and in fact, it formed a short-lived government, with Ajit Pawar on November 23, 2019, the nephew of Sharad Pawar. After Shiv Sena, Sharad Pawar, and Congress formed the government, the BJP started losing political ground and elections.

The BJP also did not have great State leadership. Though Devendra Fadnavis was Chief Minister for 5 years, he never grew and created enemies within his own party and many blame him for the loss of Maharashtra.  Then suddenly, through its own mistakes, the ShivSena government is in grave danger. A major scandal has erupted, involving a very low-level police officer, Assistant  Sub-Inspector  Sachin   Vaze. Like a Bombay film, there is politics, encounter-specialists, officials, corruption, blackmail & murder.

Sachin  Vaze is now in custody for murder and putting 1 ton of explosives outside the richest Indian Mukesh Ambani’s house.   Due to this scandal, Police Commissioner Param Bir Singh was transferred and he alleged that the Home Minister Anil Deshmukh demanded Rs.100 crores a month as bribes. Now, there is a political storm in Maharashtra.

The BJP did nothing to bring about this crisis. It is a crisis that happened due to its rival’s errors and arrogance. But this crisis is going to help the BJP enormously.

2.The scandal involving Home Minister Anil Deshmukh will not go away, whether he resigns or not.  This scandal will stick with the Uddhav Thackeray government and bring it a bad name.

By disregarding the advice of Bal Thackeray, Uddhav Thackeray has committed a big mistake. The present crisis is a free gift to the BJP and it will be the biggest beneficiary.

The Maharashtra crisis will not go away. The courts and Central government may enter into this crisis as various laws have been violated. Police Commissioner Param Bir  Singh and Assistant Sub Inspector Sachin Vaze may start making other allegations.  That is when the danger starts for Uddhav Thackeray. Even a wild allegation will be swallowed by the public

Sometimes, if you just keep quiet, your enemy will make mistakes. The BJP was doing nothing in Maharashtra. Its enemy started destroying itself. Now Shiv Sena is at the mercy of 2 disgraced police officials. 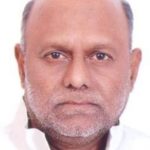