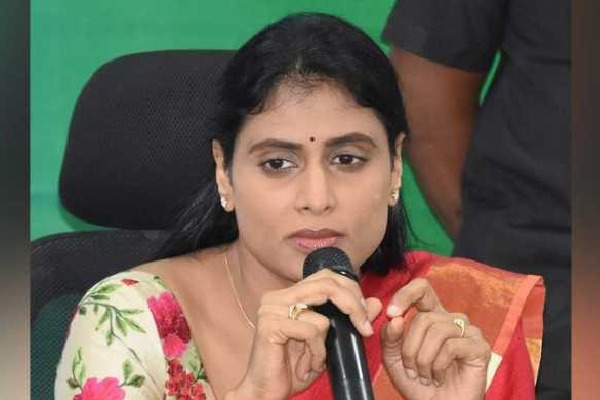 The announcement of the launching of a political party in Telangana by Sharmila, daughter of late chief minister YS Rajasekhar Reddy,  was music to the ears of many Reddys in the state, especially among the youth.

The Reddys have been extremely restive in the Telugu states ever since the united Andhra Pradesh was bifurcated in 2014.

They lost power in both successor states, Andhra Pradesh and Telangana, in the 2014 election. It was a painful development for a caste that turned the state into what political scientist  Dagmer Bernstoff called ‘Reddy Raj’.

Their stranglehold on state politics was so firm that even Indira Gandhi could not succeed in weakening the caste in politics.  Her attempt to promote PV Narasimha Rao as a counter-weight failed in the early 1970s.

Reddys were responsible for many agitations in the united Andhra Pradesh. Such a force was in tatters in 2014 after Telangna formation which compelled them to convene a couple of caste meetings to lament over the decline of the clout in politics.

The 2019 general election revived ‘Reddy Raj’ in Andhra Pradesh and is flourishing with chief minister YS Jaganmohan Reddy at the helm of affairs.

But, for the Telangana Reddys, the future looks bleak. Chief Minister KCR, the powerful Velama leader, forced them to buy peace with TRS by accommodating unbelievably too many Reddys in his government.

KCR might be aware of the trouble-making capacity of Reddys when they are out of power. Now, Reddys have to make do with subordinate positions offered by TRS in its government causing a split in the caste elite.

Those Reddys who are in opposition are not able to get their act together.

While a section is enjoying basking in the reflected glory of KCR leadership, the rest has been restive. Exactly, this section appears to be the target of Sharmila.

And she has to float the party before they gravitate towards the emergent BJP in Telangana. This fear explains the suddenness of the announcement by Sharmila.

In the past, Congress owned Reddys and Reddys were the backbones of the party. In post-Telangana politics, they turned mutually unattractive. Reddys realized that they can no longer bank on the GOP to regain true political power.  KCR’s TRS, though kind enough to accommodate them in governmental positions, will never allow a Reddy to become the chief minister. Political Power, now, is a pie in the sky for Reddys in Telangana.

So, the best option for them is to have their own political party. A separate party even if has only a few MLAs, is bound to make the once-influential caste relevant in Telangana.

So, Sharmila, with enough political exposure, money, and muscle power, fits the bill. If Sharmila were to be allowed to launch a political party, her party would definitely become the Paattali Makkal Katchi (PMK) of Telangana if not catapult the caste into power. PMK of Vanniyar caste, confined to only four districts in Tamil Nadu, was a force in Tamil Politics and was a partner in both UPA and NDA governments. Though Vanniyars are an OBC caste, they are also a land-owning community like Reddys.

Sharmila’s battle cry ‘Rajanna Rajyam’  appears to be an attempt to revive Reddys’ relevance in politics, a euphemism for Reddy Raj.

Now, as many as 40 Reddys have got elected to Telangana Assembly in 2018. Numerically it does make them the single- largest caste in Assembly, but, politically speaking, the number has no meaning at all because the state is controlled by a regional party that runs the state like a dynasty.

Whoever might be the sponsor, Sharmila’s proposed party in Telangana is a right bet for Reddys to prove that the caste is not redundant in state politics.

(The story first appeared in newsmeter.in)

List of MLAs Resigned from Assembly for Vizag Steel in 1966