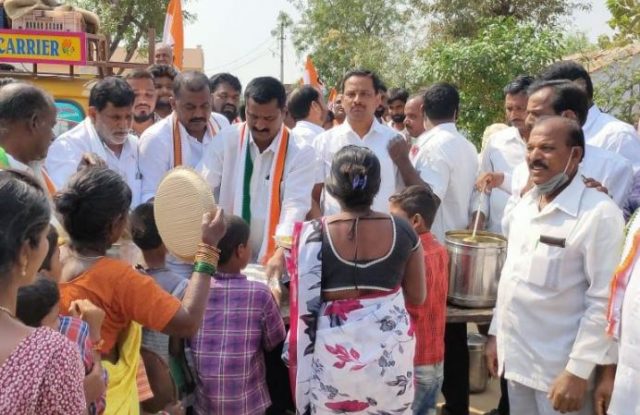 In view of the Covid-19 pandemic, Shabbir Ali had decided to celebrate his birthday in a simple manner without cutting a cake. Therefore, his followers organized blood donation camps and distributed food, fruits, and milk among poor people in Kamareddy, Yellareddy, Banswada, Machareddy, Domukonda, Bibipet, and Bhiknoor. Fruits were also distributed among patients at the Government Hospitals in Kamareddy, Banswada and Yellareddy Assembly segments. They also distributed blankets among the needy people. 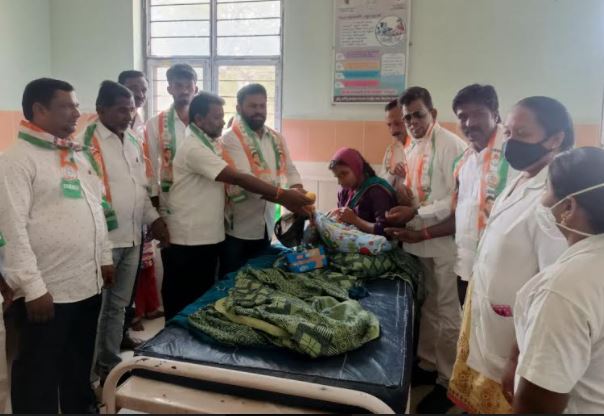 The food distribution program was also held in Hyderabad and organized in other parts of the State.

In Kamareddy, a total of 65 Congress workers donated their blood to mark Shabbir Ali’s 65th birthday.

Earlier on Monday, Shabbir Ali interacted with the students at his residence in Kamareddy. A large group of students, especially those who got admissions under the 4% Muslim quota, visited Shabbir Ali’s residence in different batches to wish him on his birthday. 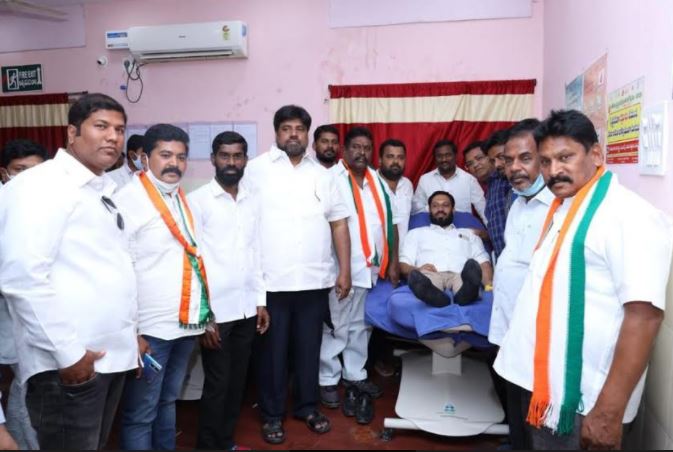 Speaking to media persons on the occasion, Shabbir Ali thanked everyone for the best wishes. He said he was inspired by Congress president Sonia Gandhi who celebrated her birthday on 9th December in a simple manner. Therefore, he said he avoided extravagant celebrations on his birthday.

“I’m thankful to Almighty for whatever he has given to me so far. I’m happy that I’m celebrating this occasion at my birthplace with my family members, the people of Kamareddy, who gave me an identity. Whatever I’m today is because of the people of Kamareddy. I will remain indebted to the people for the love and support they gave me throughout my life and political career,” Shabbir Ali said.

Shabbir Ali said his three-and-a-half decades of political career was full of excitement, achievements, failures and all other experiences which are common for people who try to achieve some goals. “My main intention of joining politics was to serve the people in the best possible manner. I became a cabinet minister in 1989 at the age of just 31 years. Since then, I’ve been pursuing my goals. He said getting 4% reservation for Muslims in jobs and education was his biggest accomplishment. So far, he said more than 20 lakh poor Muslims benefitted from the 4% quota.

Shabbir Ali announced that he would continue to work for the welfare of all sections of the society in Telangana for the rest of his life.