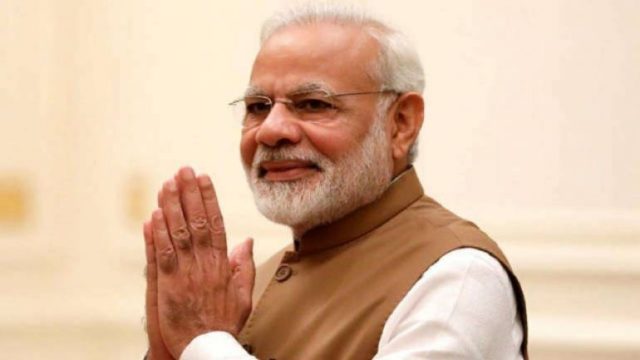 There are two things that any Prime Minister or Chief Minister should remember.  Famous French economist Joseph Proudhon,(1809-1865) said  200 years ago: “ the fertility of the unpredictable ‘ or “The future” is totally unpredictable.

Modi should keep this saying on his desk so that he remembers that all plans will go bad and only the unexpected will happen.

Modi should also remember what a great British Prime Minister Harold Macmillan said. Macmillan was asked what was the most difficult part of his job: He said:  Events which happen unexpectedly.

The unpredictability of the future is the biggest challenge that every Prime minister faces. Just when a Prime Minister thinks he can put the government on “automatic pilot “ and has everything ready for the next election, surprises spring up. Donald Trump made a very successful visit to India on February 24, 2020. But immediately after that visit, without any time to taste the success, we find the Modi government is faced by engineered riots in Delhi and even more sinister is the disease Coronavirus. Coronavirus is derailing the world economy and may become an epidemic of death.

Every chief Minister thinks he has the right formula to win the next election. The Chief Ministers make his plans and start giving freebies or doing other things. But suddenly, something unexpected happens and the election is lost. No Chief Minister or Prime Minister plans for a defeat!

Every Prime Minister of India suddenly finds new unexpected challenges. In 1971, Indira Gandhi won a massive victory in the parliamentary elections. Indira Gandhi was all-powerful and politicians started saying that she will be prime minister for the rest of her life. But suddenly an agitation started in 1974 in Gujarat against the Congress Chief Minister Chimanbhai Patel for corruption. Indira Gandhi ignored it. Then a similar agitation started in Bihar against Congress Chief Minister Jagannath Mishra in 1975.

Then again, after Indira’s assassination in October 1984, her son Rajiv Gandhi became Prime Minister. A general election was held and Rajiv Gandhi secured over 400 MPs out of 542 MPs. Then the Opposition said that Rajiv Gandhi will rule for at least 20 years.  But suddenly, the Bofors scandal broke and the then Finance Minister V.P. Singh resigned and led the Opposition in 1989 and defeated Rajiv Gandhi. No one expected the defeat of Rajiv Gandhi.

But that is the nature of life and politics.  Only the unexpected and the unplanned happen. Similarly, Narendra Modi unexpectedly won the 2014 elections and again the May 2019 elections. Modi looks as powerful as Indira Gandhi did in 1972 and Rajiv Gandhi was in 1985. There is no challenge to Narendra Modi today. But this is the time when Modi should be worried. It is like the eerie calm before a big storm.

The USA has a rule that no one serves as President for more than two consecutive terms. But India like Britain has no such rule. So every Prime Minister/chief minister feels he can go on being Prime Minister or Chief Minister forever.

The sudden emergence of Coronavirus has affected the world’s economies. The USA, being a dominant economic power, can survive any economic setback. China is not a democracy and can, therefore, survive economic setbacks.  But India is a noisy democracy and if the economy further declines, then there will be major anger. Already, the Modi government faces allegations that the economy has been mismanaged due to Notebandi, poor GST and poor management. If the economy further declines due to Coronavirus, then Modi will find it very difficult.

There is a feeling that the Modi government has taken some decisions hastily.  The CAA (Citizens Amendment Act) is necessary. But the wording of the law was poor. Hastiness has resulted in unnecessary tensions internationally and India has given room to enemies to harass us.

The Modi government is unable to solve the farm crisis. Modi has said that by 2022 all farm incomes in India would double. But this target cannot be achieved. This government just does not have the political and technical expertise to find farm solutions. It does not mean that the Manmohan Singh government did anything for farmers. It is difficult to say how this crisis will become worse. The only positive thing that Modi did was to transfer cash directly to farmers.

Often, the Modi government keeps talking about investing in infrastructure to stir up the economy. Infrastructure is needed. But it does not create many jobs as stirring consumer demand would. So the creation of jobs has failed. Invest too much in infrastructure and too little in putting money in peoples’ pockets. Many economists worldwide have advised that the government should carefully balance its expenditure. But this has not been done and hence there is massive unemployment.

The BJP has reached the plateau in political growth. BJP has grown immensely in Eastern Indian states of Assam, Bengal, and Odisha and in the Hindi States and in Western Indian states of Maharashtra and Gujarat.  In the South, BJP holds only Karnataka. Though the BJP has been making enormous efforts, it has been unable to capture power or become a big force in Tamilnadu, Andhra, Telangana, and Kerala. BJP’s inability to grow in Southern states is a big challenge.

No new blood coming into BJP:

Like all political parties, which are in power, there is a tendency to stop new people coming in. When the BJP was in opposition, there was enormous growth. Just as Congress declined due to a lack of new blood, the same thing is happening to the BJP.  If you take a look, it is the same leaders everywhere.

Advantages for the BJP:

The challenges are always there and a good political party will anticipate them and find solutions. Though the BJP has able leadership, it has become reactive. Modi, Amit Shah, and the second rung leadership has become familiar with the whole country now. Therefore, they have the knowledge to expect problems and avoid them.

The opposition also suffers from many weaknesses and this is the BJP’s strength. The Congress Party, Sharad Pawar, Mamata Banerjee, DMK, Mulayam Singh Yadav, Laloo Prasad, Deve Gowda, Mayavathi are all holding power for 30 years or more. Their parties suffer even more than the BJP from having the same people and without any new blood.

One of the reasons you find many new parties being formed is the desire of youngsters and other people to get a chance in politics. New parties will always challenge both the BJP and now-BJP parties. The main threat to the BJP is that it needs a broader leadership. The BJP has total central control and does not allow state leaders to grow. If this continues, then slowly the BJP will become like the Congress and will face ruin.

At the beginning of this article, I said that leaders must anticipate challenges. In November 2019, the Shiv Sena demanded the Chief Ministership of Maharashtra for 2 year- term. The BJP refused it, thinking that the Congress party will never support the Shiv Sena. But the BJP was totally wrong and now BJP has lost the most important and richest state in India.

Modi and Amit Shah were totally wrong in believing ex-Chief Minister Devendra Fadnavis on Maharashtra, who was guided by purely selfish reasons. Top leaders Modi and Amit Shah made a dangerous mistake and handed over Maharashtra to BJP’s prime enemies. The heavens would not have fallen if Uddhav Thackeray was Chief Minister for 2 years. It is such mistakes that brought down big Empires in history.

Right now, the main challenge for the BJP is running a top-class government. The BJP under Modi has excelled in international affairs and internal security. Its main failures are in running the economy and also not being alert on rising political challenges.

Time will tell if BJP will change its style and give a better government and be alert on politics.