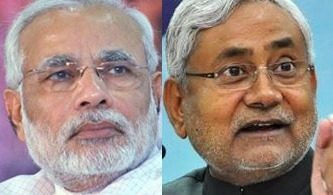 Narendra Modi is right and wrong on many things. For example, while Modi was totally wrong on NoteBandi, he is totally right on the issue of “simultaneous elections”.

We finished the May 2019 parliament elections. Then we had the Maharashtra and Haryana elections in November 2019. Then  Jharkhand elections in January 2020 followed by  Delhi elections in  February 2020.  Instead of the country getting rest from elections, Bihar elections are fast approaching and they will be held in October 2020.

If a small state like Delhi created so much tension for BJP, then imagine what the Bihar elections are doing. In Bihar, the  BJP has a big stake since it is part of the state government and won (in alliance with Nitish Kumar) 39 out of  40 Lok Sabha seats. If Nitish Kumar loses the elections, then BJP will face criticism that it has lost popularity.   The Bihar elections are a major test for Nitish Kumar, Laloo Prasad  Yadav, and the BJP. Since 1989, there has not been a BJP or Congress government in Bihar.

Nitish Kumar and  BJP first formed governments in 2005 and 2010. After Narendra Modi became Prime Minister, Nitish Kumar left the BJP alliance in 2015. In 2015, Nitish Kumar and Laloo Prasad Yadav joined together and won with 178 seats and BJP secured only 55 seats out of 243

The main players are the NDA  which consists of Nitish Kumar, BJP  and Ram Vilas Paswan. Then there is Laloo Prasad Yadav and the Congress in another front. The Third force is the one-Man One Caste parties of Jitan Ram Manji ( HAM ), Upendra Kushwaha (RLSP ) and Mukesh Sahni ( VIP Party ). The Left Parties have some presence. But Laloo  Prasad  Yadav refuses to take them into his alliance.

During Laloo Prasad’s leadership, there have been serious allegations of corruption and lawlessness. In spite of such allegations, Laloo managed to hold on to his  Yadav-Muslim base.  With the coming of Nitish Kumar, there has been an erosion of Laloo Yadav’s base. Nitish Kumar has been able to give a better government and there is less lawlessness. The most important image conveyed by Nitish Kumar is that he is honest and not corrupt like Laloo Prasad, for which Laloo Prasad is undergoing a prison term.

Nitish Kumar has already started his election campaign with a massive meeting on March 1, 2020, at Patna. Nitish announced at the meeting that he will try to win 200 MLAs for the NDA.

With Laloo Prasad in jail, the anti-Nitish Kumar forces have yet to start their campaign. Lalu’s wife Rabri, his  2 sons and his daughter Misa will lead his chariot. The problem is that Jitan Ram Manjhi, Kushwaha and Sahni are creating a lot of trouble for Tejeswi Yadav, the son of  Laloo Prasad  Yadav. These 3 allies of Laloo Prasad  Yadav said that Tejeswi Yadav is too immature and has no image before Nitish Kumar and that another senior figure like Sharad Yadav should be the Chief Minister’s face.

Then there are the one-man,one-caste parties of Jitan Manjhi Ram, Mukesh Sahni, and  Upendra Kushwaha. These 3 parties had allied with Lalu Prasad for the 2019 Parliament elections. They have a small vote bank as they cater to the only caste. Jitan Ram claims a section of Dalits. Sahni has the support of one extremely backward caste Mallahs and Kushwaha has the support of the Koeri/Kushwaha caste.

The problem is that the One-Man, One-caste parties do have some votes and make a lot of noise. The noise they make is more deadly than the votes they get. Both the  NDA and Laloo Prasad like to have noisy elements with them, as they are deadly attackers and get terrific media attention. The One-Man one- Caste parties are politically guided missiles and they attack brutally, without getting injured. If Laloo Prasad or his sons attack the BJP, they are immediately attacked as corrupt. So they use the One-Man, One-Caste party leaders to do the dirty fighting. Now, these 3 leaders, who were with Laloo in 2019 parliamentary elections might turn against him. We have to wait and watch!

The problem is that these 3 parties are very ambitious and want to extract the maximum number of seats. Frequently, these 3 parties suggest that some other senior leaders head the alliance. Sometimes, these 3 leaders also request Nitish Kumar to return to the Grand Alliance, as the Chief Ministerial face. Such demands create great confusion in Laloo Prasad Yadav’s party.

Then there is the ‘Jan Adhikar party of former strong man Pappu Yadav and the Kanhaiya Kumar-led Left parties. These 2 parties attract crowds. But Laloo Prasad will never have an alliance with Kanhaiya   Kumar, as he feels that will be the end of his son’s ambitions if the clever Kanhaiya Kumar gets a foothold in Bihar. In the 2019 parliament elections, Laloo Prasad refused an alliance with the Left parties, only because of  Kanhiaya Kumar.

Maharashtra elections and after :

After  Maharashtra elections, where BJP lost the State government as its ally Shiv Sena joined with other parties to form the government, the BJP has taken a smaller role. The BJP has stopped demanding more seats or Chief Ministership in Bihar.  So the BJP  already announced in January 2020 that Nitish Kumar is the Chief Minister candidate of the NDA.

Laloo Prasad’s party is led by his younger son Tejeswi Yadav. In 2015, Tejeswi  Yadav became Deputy  Chief Minister under Nitish Kumar. But in 2017, Nitish Kumar dumped  Laloo‘s  Party and hence Tejeswi lost his deputy Chief Ministership.  As Laloo is in prison, it is Tejeswi who is leading the alliance.  Since  Laloo has a big vote bank of  Yadavs and Muslims, his party continues to survive even without power. But the question is how it will do in the coming election without Laloo Prasad Yadav and against a strong Chief Minister like Nitish Kumar on the other side.

At the moment the fight is four-sided. There is BJP and Nitish Kumar with Ram Vilas Paswan. Then there is Laloo and the  Congress. Then the Third Group are the 3 One Man parties. Then the fourth group is the Jan Adhikar Party ( Pappu Yadav) and the Left parties. But this picture is not certain as the One-Man parties may change sides. Tejeswi Yadav says that the One-Man parties boast a lot and deliver little. That is true. But their noise is very damaging and destroys their opponents.

In 2015, Laloo fought the election with Nitish Kumar and the Congress and Left parties as allies.  This group formed the government and won a total of 178.MLAs out of 243. But strangely, in 2020, we find that Nitish Kumar is with the BJP and Laloo is again his opponent. In parliament 2019 elections, Nitish Kumar and the BJP front won 39 out of 40 MPs. But for state elections, there will be major changes. This is the first time in 10 years that Nitish Kumar is fighting a state election in alliance with the BJP. Moreover, Bihar is a state where caste holds the most importance. Whatever you may do for people, they will follow a leader of their caste.  This has been a  very sad development as caste rivalries have increased and elections are fought purely on caste lines.

Stakes for the BJP :

Bihar is a must-win state for the BJP. The BJP has in the last year lost Madhya Pradesh, Chhattisgarh, Rajasthan, Punjab, Delhi, Jharkhand. In all these States, the BJP was ruling, except Delhi. Now in Bihar, the BJP has a very popular and experienced ally in Nitish Kumar. If the BJP is unable to get Nitish Kumar made the Chief Minister again, it will convey the impression that the BJP is down totally.  That means, the BJP is a sinking ship. When a ship starts to sink, even the rats jump off the sinking ship. That is the danger for the BJP.

In politics, images matter most. People like Shatrugun Sinha left the BJP before the 2019 parliament elections as they thought that the BJP would lose the election.  So impressions matter and for the first time, for the Bihar state assembly, Nitish Kumar and Narendra Modi and the BJP will be fighting together.

If Nitish Kumar and the BJP  win Bihar, then it will mean serious problems for Laloo Prasad and his family, who have dominated Bihar since 1989.  The anti-BJP Opposition will also lose confidence. Elections always bring big changes. But in the large state of Bihar, the state elections will have a national impact, because the next elections are in nearby Bengal and the North East state of Assam. But one thing I can predict: If the 3 One-Man parties are thrown out Laloo’s Front, then their noise and abuse will dominate Bihar.

The BJP gives so much importance to winning Bihar that it even agreed to Nitish Kumar passing an anti- CAA Resolution. No BJP-ruled state has done that. In politics, victories are always temporary. The massive victory of May 2019 is now forgotten, under the weight of other defeats. So Bihar has now become the most important election for the BJP, which it cannot afford to lose!